When ESN VMU was approved as the OC of the following National Platform not everyone wanted to leave the capital and move to Kaunas for these few days, but seems that hard work, consistent planning and united team fulfilled their promise that there will be No Problems in Kaunas from 1st to the 2nd of December. 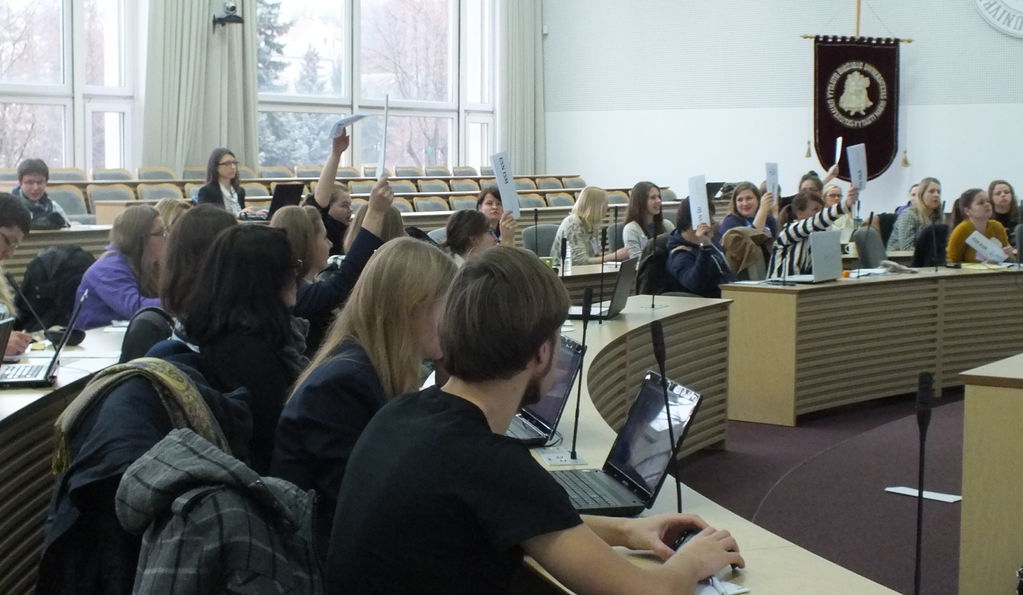 Second NP in Kaunas during the history of ESN Lithuania brought together more than 50 active members including and the first Chair of NP in ESN Lithuania’s history. It was Orinta Movsesjan who bravely stood in front of everyone and kept the right order. Therefore at the end of the NP all the sections approved that CT should be elected for every single NP. One more step forward a better work quality was made continuing with the fact that even 6 different workshops were organized by 6 different members of the NB covering the topics from visual identity and marketing finishing with the basics of HTML code.

Besides that during winter NP much more various information about present projects, outcomes of recent activities and future plans were presented. Kristina Selezniova (present SE LT coordinator) gladly represented visible SocialErasmus improvement in Lithuania, which might be followed on the new SE Lithuania page. Sandra Rimavičiūtė (present ESN LT Project Coord.) talked about the Sea Battle 2012 Fall and about the better level which this project has reached even with plans to organize a Responsible Party in the following SB. Gintarė Vaiginytė (present ESN LT president) together with Augustė (ESN Vilnius University) explained about the new action plan for the reviving project Invest in Lithuania, which is starting from the following February. Later on it was followed by the presentation of Being a Jew, which is officially starting already from this Sunday. Many other topics related to Responsible Party, CEP Graz 2012 and even new partners were covered.

Apart of that many other opportunities for the members of ESN Lithuania’s networks was offered. One of them – Eduk8, which is inviting to participate all the potential future trainers on almost any topic. In the past workshops have been organised on topics like effective communication, team building and leadership, constructive feedback and conflict management. Also members were encouraged to join international committees of ESN and use opportunities to Reach out for more – go international! 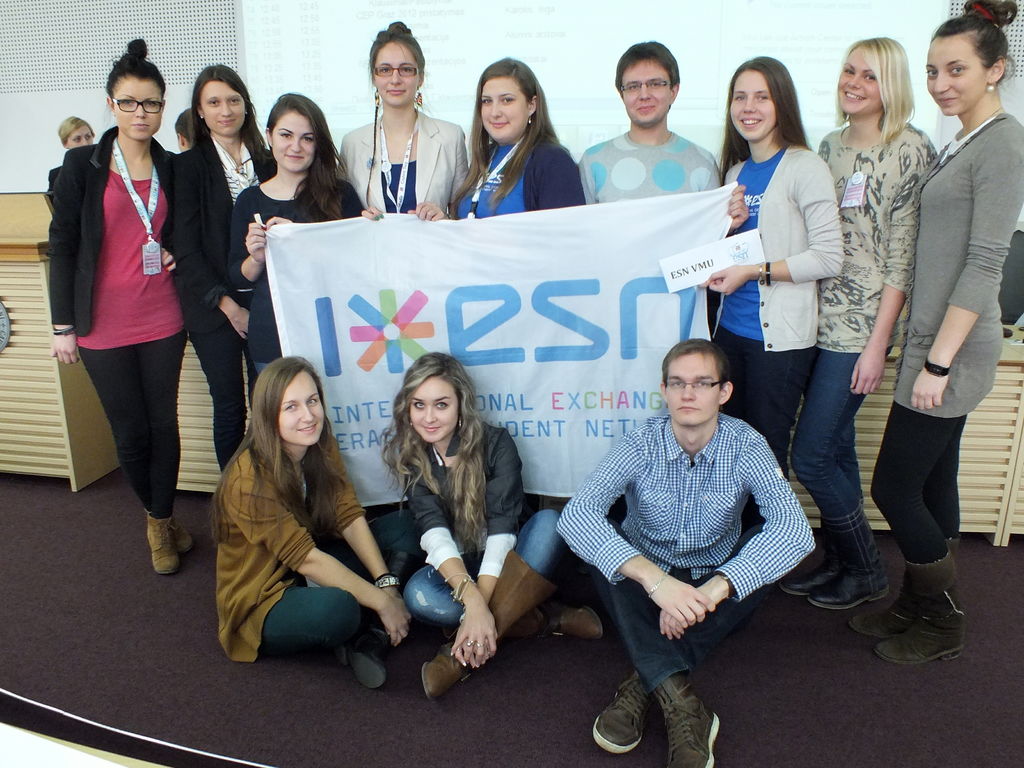 While trying to improve skills of ESN members international students mustn’t be forgotten as well, that’s why the idea brought back from CEP Graz 2012 to participate in ESN Olympics were presented for the NP and approved by 8 from 9 sections, who were present on 2-nd day of NP. International students should start practicing their running, swimming, soccer skills, because already this spring they will be invited to Poland to show the best they can and ESN Lithuania will be there for them with all the help to win the gold!

From activities for international students to Corporal Identity of ESN, to energizers and even development of future ESN Lithuania with inclusion of strong Alumni role. Presentation made by ESN VGTU Alumni Julius Zaburas offered to appoint 5 places for Alumni in every single NP together with the right to choose and approve the participants themselves. Moreover, creation of Alumni network was initiated with more results soon to come.

NP finished, members left motivated and prepared to seek for more goals, which might be shared with the entire Lithuanian network in the following NP, which will take place in ESN ISM for the first time since the establishment of the section. Expectations are high, so what is left it is only to wish that after the ESN LT NP Spring 2013 the survey giving the feedback about the event would show the same as it does now, that it was “amazing! Thank you, guys!”. Thank you for being together! ESN unites.