"Yesterday in early morning I was driving a car when suddenly in front of my eyes a truck rammed another car. That car fling away across all road and jumped on the divider. I stopped, leaped out of the car and ran to look was everybody alive - luckily the driver and passenger were OK". This accident showed how brittle our lives can be.

Concerning this matters, ESN VGTU again showed that they are indifferent to helping others and organized Blood Donor Day. It was held in the middle of Vilnius city center in shopping mall "Gedimino 9" on 1st of December together with Blood Center. 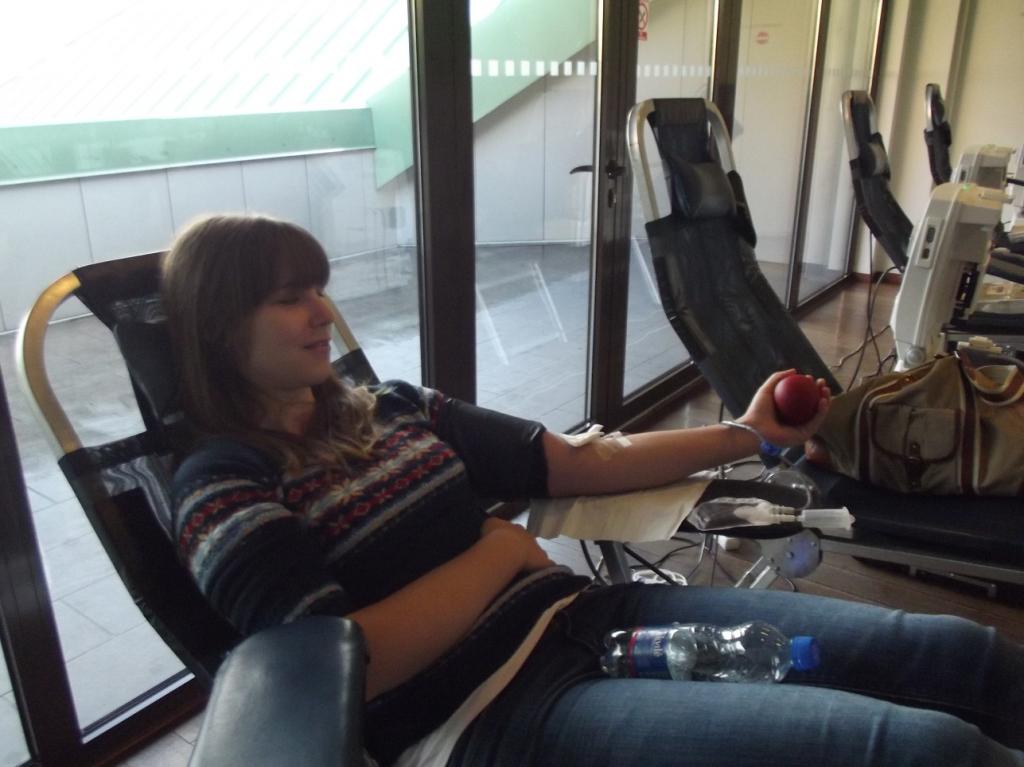 Members of ESN VGTU were really prepared as music was inviting everybody to join the event, all day few of the volunteers distributed the flyers in the street and inside the shopping center. There were sweets, candies, tea, coffee, board games - everything you need to have a good time! Few ERASMUS student even played the guitar while others were singing (ESN VGTU really have very talented singers).

Blood Center also was perfectly prepared as they initiated short movie called "Blood Road" where the importance of Donor was explained. The movie was available in Lithuanian and in English. Moreover, they helped to connect all necessary equipment and prepare tables - it was very delightful team work of two separate organizations which were united with ONE GOAL - SUPPORT.

The first Donor who encourage others to join was a girl from Germany. Following the example, student from Turkey, Italy, Spain started to register and fill in the forms, Lithuanians joined too. After few hours, when more and more people got out on the streets, more and more of them came. Finally even quite a big queue appeared near the registration desk. The marvelous thing was that giving the flyers totally worked and some people, who never heard of ESN joined too. They were introduced into ESN with short comment who we are and what we do and after the donation were rewarded with special ESN bracelet.

According to the project coordinator Kristina Vilčiauskaitė she took responsibility for this event because the situation what matters the donation is very poor - "there is a big lack of donors however people even during such events listlessly look at giving blood. I think that we are strong enough to share this idea firstly with ERASMUS student and also with Lithuanian community and in this way to create wider environment where donations could become a usual thing. Many foreigner students are donors in their countries, but when they come here they do not have any information how to do this - ESN VGTU Donor Blood Day provided them this information and permitted them to donate.