Creating future few years ago for me was something I have never imagined. Now I can bravely say "YES, I CAN". Why? Because I have found a place where all dreams can come true!

Once I had decided that I must apply for ERASMUS - I do not know why, but since school years it was something I had to experience. And finally, I got on the bus which led me to the Warsaw where from  I have almost successfully reached my final destination Ostrava Czech Republic by train. I got tricked by the taxi driver, I got lost in the city at the first day while looking for the super - market when some homeless tried to "take" me while waiting for the train. But still it was the BEST decision in my life to seize this opportunity. 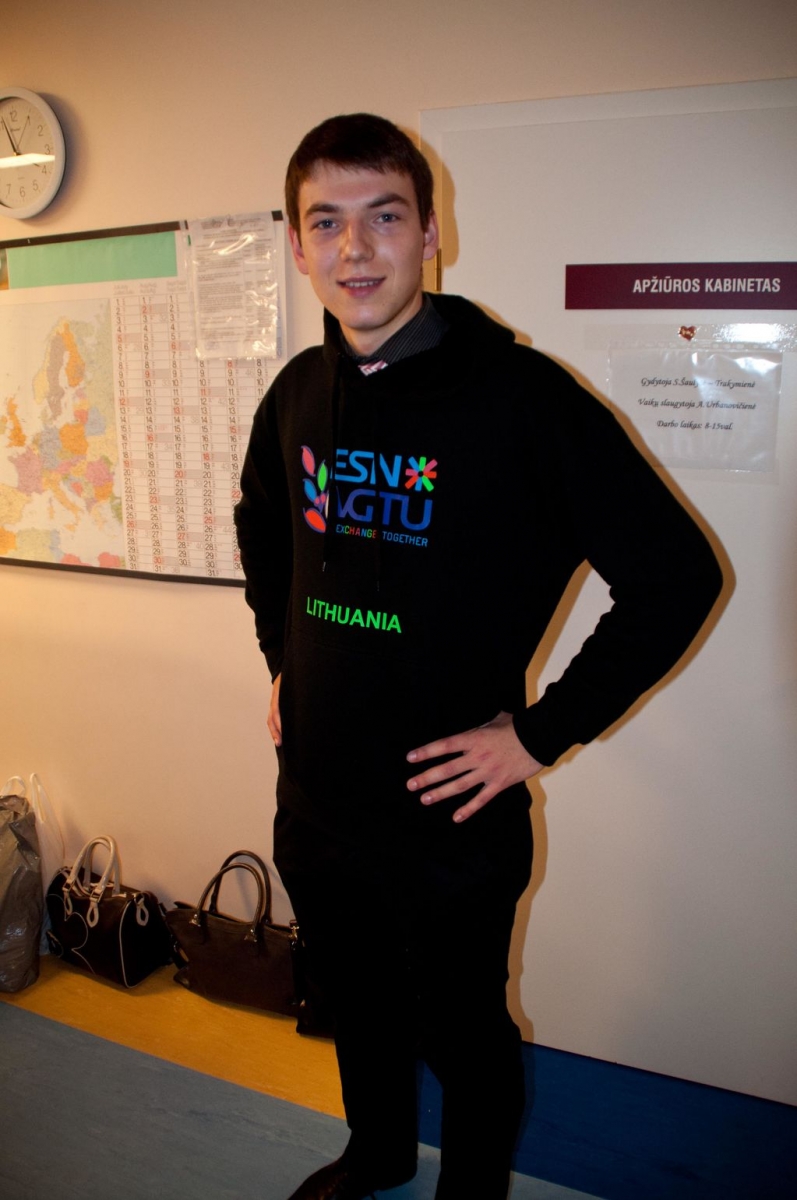 But the real benefits of this adventure started to show up after getting back to Lithuania. First days being at home, going to lectures were SOOO depressing that I had to do something. It seemed that life is going nowhere as everybody was so sad, wasn't smiling... And forget  (wasn’t thinking) about English for sure!

This is why I have applied to become a mentor - it was interesting - many parties and friends. However, I have started to ask more. As the ESN office was near the house I was living at that moment, I was attending all meetings, I have also started to help other students to find what they did need and finally I had my first project! At that day I felt the opportunity to create something new, I felt the potential of ESN VGTU which were not exploited. Soon I was elected as the Head Coordinator of the Social Projects Committee. It was 100% new as nobody ever tried to do this - maybe this was the main reason which forced me to go further, the possibility to CREATE. My biggest dream to prove that ERASMUS is not only parties and trips became true - for the first time in Lithuania ESN went SOCIAL.

Now my tenure is over, but new leaders of the committee continue the traditions to follow the earlier events. They continue develop traditions, which came from my heart and were realized with the help of sleepless nights. In my opinion, this is the biggest reward you can get.

Moreover, ESN changed my personal life and character as well. I have met many new people, who became my new friends. I have learned to communicate with different cultures, I have expanded my horizons and showed to others and to myself that everything is possible. Really! Funny story is that I have even got a full-time job as an Engineer with the help of ESN.

Nowadays, I still cannot stop. One very clever ESN'er said: "ESN is like a drug – at the moment you try it for the first time you either give it up or you never stop using". And I have not stopped untill now and I won't (sorry for those who doesn't like me :) ). At the moment we have started the ESN LT Alumni club - also something we have never done before. Maybe this is the reason I am here - the reason of possibility to CREATE again.

ESN is the best place to be in!